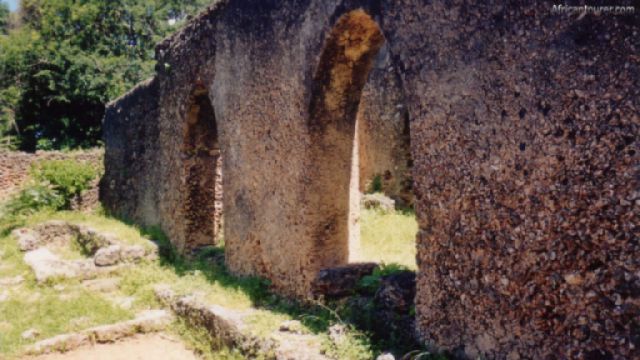 It was abandoned in the 17th century, due to years of fighting between locals and salination of its fresh water sources.

Like most coastal towns of the time, Takwa's buildings were built from coral, and have managed to retain much of their original shape throughout the years.

Among them is a unique Mosque with a large pillar atop its Mihrab, along with several houses.

What to do thereSee firsthand the architecture of the time, and learn more about the daily lives of the people that lived here.

Having a guide would make for a more interesting visit.

Or have a picnic, in the area nearby.

Location of Takwa ruinsTakwa ruins are in a remote area near the south eastern shores of Manda island.

They also are on the Lamu archipelago — off the north coast of Kenya.

To the west is a mangrove filled creek that runs to the western shores of the island — opposite Shela beach.

How to get thereBy vehicle, boat or air.

There archipelago's only airstrip is on the same island, a few kilometres north of here.

A speed boat would also do the job, from any of the islands or the mainland.

The path through the creek is only usable at high tide.

There are daily buses from Mombasa to Mokowe on the mainland.