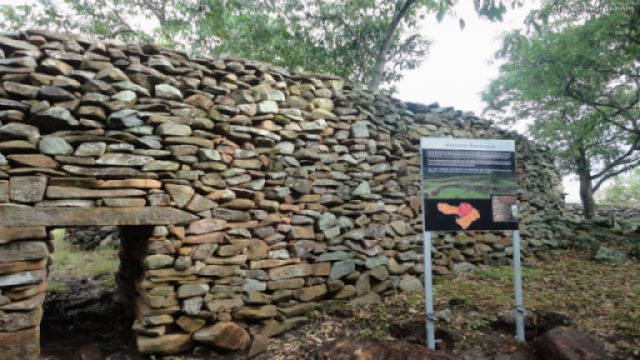 Thimlich Ohinga, a sections of the stone wall 1
A site with four large, stone-wall enclosures about 1 to 4 meters in height, built from rocks stacked without mortar.

Inside the enclosures are other structures for different purposes such as a lookout point, houses and gates.

There are more similar structures, though some were demolished in the 20th century, leaving behind mere rock circumferences on the ground.

It is unclear who built them, as some materials found within the area are more than 500 years old — before Luo occupation of the area.

Despite this, they were used and maintained by multiple tribes — even after independence.

It became a world heritage site in 2018.

What to do thereSee the structures first hand and learn more about the people that lived there — a good stop over for those heading to Gogo falls, or Ruma national park.

You may need to carry food and water.

Best time to visitAny time not during the rainy seasons of the year, usually March to June

This is a rural farming area of south western Kenya, that holds a lot more of the less preserved Ohingas.

How to get thereBy vehicle, a rather long drive on dirt roads.

There are no airstrips in the area, and you may need a good 4x4 if visiting during the rains.