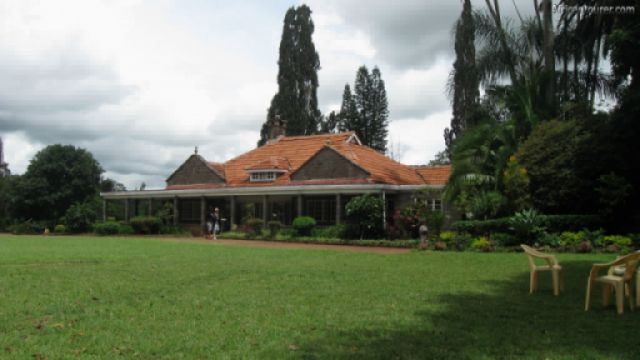 Karen Blixen museum of Nairobi, the main house 1
This is the house where Danish author Karen Blixen lived between 1917 and 1931, before moving back to Denmark.

It was built in 1912, before being bought by her husband Bror Blixen in 1917 as their farmhouse.

Its use and ownership changed through the years, before being purchased by the Danish government as an independence gift to the Kenyan government in 1964.

It wasn't until 1986 that it became a museum, after the shooting of the famous movie 'Out of Africa' based on Karen’s autobiography.

Today, it has been restored to its original state, with much of the original furniture and farm equipment.

What to do there?Learn more Karen Blixen's time in Kenya, and architecture of the time.

See the few places where scenes from the movie were shot, or dine at the cafés and restaurants nearby.

Location of Karen blixen museumThe museum is in the suburbs of Karen, a few minutes west of Nairobi national park by car.

How to get thereBy car, public buses, walking, cycling etc.

The airport and SGR train station are a bit further out, in the direction of the city centre.