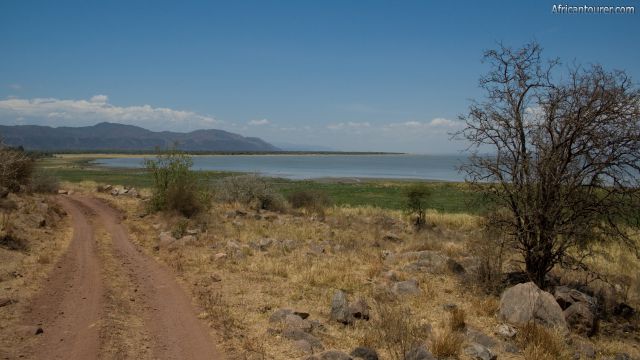 Lake manyara national park, view from the south [1]
A unique national park in northern Tanzania consisting of an area between the western parts of lake Manyara and the walls of the rift valley escarpment. Said to be home of the tree climbing lion, the park also boasts several hot springs, and a ground water forest.

The landscapeThe majestic walls of the rift valley escarpment can be seen from almost anywhere inside the park, with the lake's waters being on the opposite end. The northern end holds a dense forest, which turns to an acacia woodland as you move further south. The swamps are on the southern end.

Best time to visit?Any time of the year, as most of the roads can be used during the rain.

Location of Lake manyara national parkLake Manyara national park is located in the northern part of Tanzania, in the south western outskirts of the region of Arusha.References1. By Fanny Schertzer - Own work, CC BY 2.5, https://commons.wikimedia.org/w/index.php?curid=3161164 accessed on 12th December, 2017