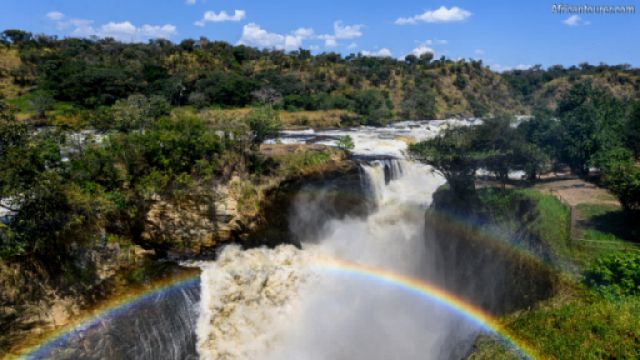 It was named after Murchison falls, one of several occurring on the Victoria Nile that bisects it from east to west.

Home to one of the largest populations of Nile crocodiles in Uganda.

Much of the park's east is hilly, with woodlands and grasslands with the exception of the Rabongo forest in the south east.

The western end bears more grasslands with areas on the banks of the Nile having riverine forests.

Best time to visitThe drier months of July to September and December to January.

Location of Murchison falls national parkOn the north western end of Uganda, with part of it being on the northern shores of lake Albert — where both the Victoria Nile delta and the start of the Albert Nile are.

It also is partly within the northern end of the Albertine rift, and the great lakes zone.

How to get thereBy air, road or boat, with the latter being from points along the shores of lake Albert.