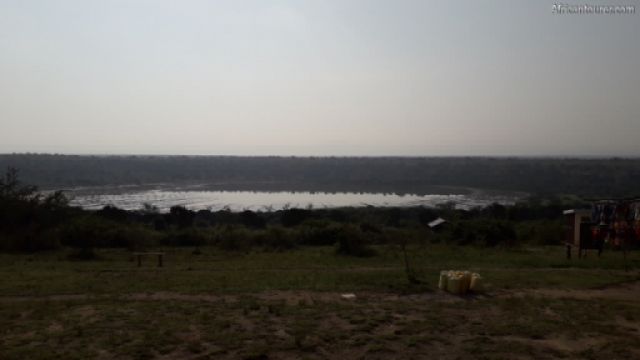 Known for its diverse ecosystem which includes the Katwe craters, swamps, grasslands, forests, the Kazinga channel, and lakes George and Edward — all of which support a large number of wildlife and activities.

It covers an area of about 2000 square kilometres.

The landscapeA large rainforest in the south east, with riverine forests in the south west, north west and north east — where rivers flow.

Also present are swampy areas in the north and south, lakeshores, woodlands, and grasslands.

Best time to visitThe drier months of December to February and July to August.

It also is within the great lakes zone and the Albertine rift.

How to get thereBy air, road, train or boat — with the latter being from places on the shores of lakes George and Edward.

There is a train from Kampala to Kasese, a small town near the park's northern border.

Other restaurants in this country
Distances shown are radial or 'as the crow flies' distances and not actual road journey lengths.