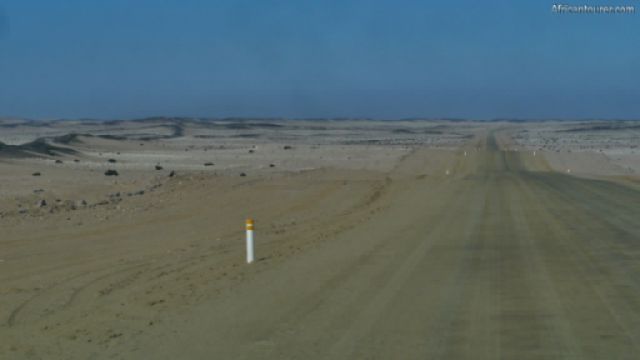 Skeleton coast national park, road through it 1
Namibia's fourth largest national park — an inhospitable stretch of coastline on the northern end of the Namib desert, and a place that has claimed many ships that still lay rusting on its shores.

It covers an area of about 16800 square kilometres, some of which is only accessible by air.

Location of Skeleton coast national parkIt takes up most of the country's northern coast, and surrounding areas — bordered by the Atlantic ocean to the west, Angola to the north, and Dorob national park to the south.

It also makes up much of the northern half of the Namib desert, with the Ugab and Kunene rivers as its southern and northern borders respectively.

How to get thereBy air or road.