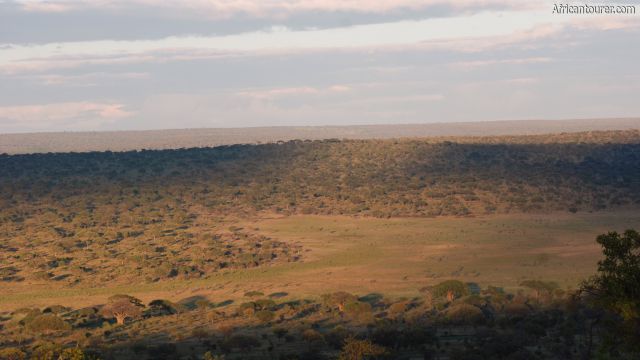 The landscape Its landscapes are characterised by vast plains filled with a mixture of baobabs, acacia and a few visible hills in the distance. Some of the baobabs here are said to be as old as 4000 years.

But unlike the Serengeti, Tarangire's plains are also littered with ponds, which supply the animals with water during the rainy season; However, the river becomes the major source of water as the drier seasons creep in, forcing the animals to move to it.

The park is also home to several swamps, some of which serve as the river's water sources.

What to do there?Game drives, walking safaris, bird watching, camping...

Best time to visitAny time of the year not in the rainy season of March to June, as some animals move away from the river during this time and some of the roads may become impassable.