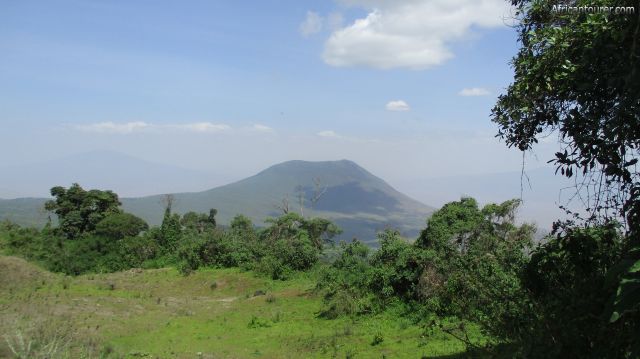 A volcanic crater that is part of the great east African rift and located inside the Ngorongoro conservation area. Along with Ngorongoro crater, it is one of the older volcanoes in the area.

What to do there?Trekking mostly, with many opting to have it as part of a longer trek that includes neighbouring Olmoti and Empakaai craters, along with Oldoinyo lengai and ending as far north as lake Natron.

In most cases, an armed NCAA guide would be required for the whole duration of the trek, and most campsites that can be used in area being special NCAA campsites or privately owned ones. Getting to lake Natron and Oldoinyo lengai would require exiting the conservation area.

Best time to visit?Any time of the year, but for a more comfortable hike, the drier seasons are recommended. This is during the months of July to January every year, although there may be short rains in December.

Location of Kerimasi craterKerimasi is located on the north eastern border of Ngorongoro conservation area in northern Tanzania. It is also about a 10 kilometre walk from the eastern rim of the Empakaai crater. For more information on its location, please see the map below.

How to get there?The last bit of the journey has to be done on foot, but there are two routes that can be used to get there - one that goes through the Ngorongoro conservation area and another that does not.

For the conservation area route, you would have to take a 4x4 ride to the eastern rim of Empakaai crater, then walk from there to Kerimasi. This would most likely require camping.

The other route is a dirt road, with a turning point heading north from Mto wa Mbu, taking you past several smaller craters, Oldoinyo lengai and ending as far north as lake Natron. But using a registered guide or a tours company would be recommended for this route.